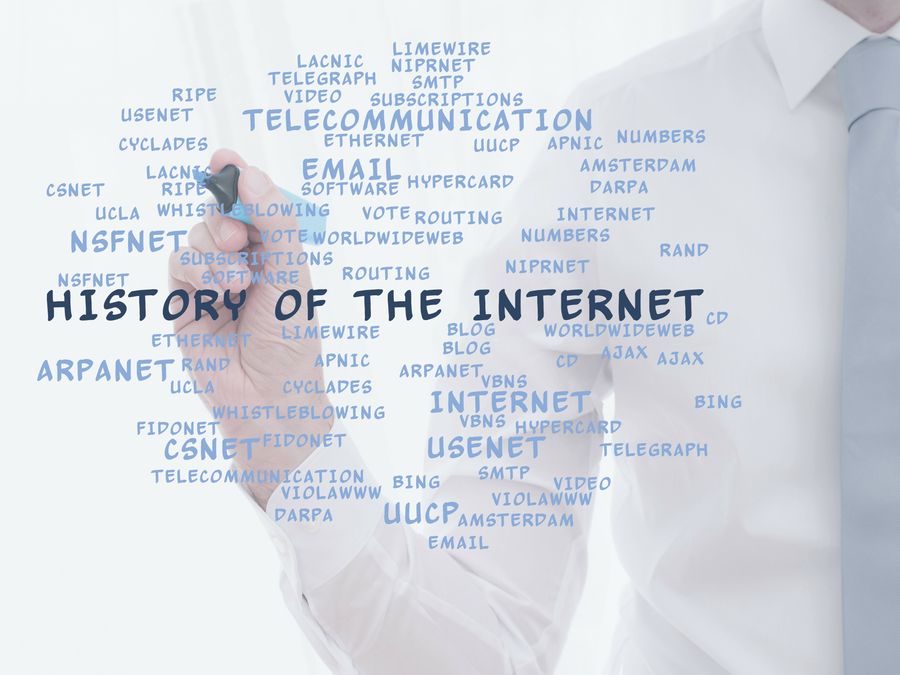 History of Usenet – Everything you need to know in 2022

Usenet is one of the oldest online platforms which has been around for more than decades. It was initially developed to replace the old BBS-Style announcement system, but later on, it became very big and very popular. If you are a Usenet user and you want to know the history of Usenet, this guide is for you. Here we will tell you everything you need to know about Usenet History. Let’s get into it.

Let’s start with the origin of Usenet  and why it was invented in the first place. In the 1970s, there was no modern system to deliver files over long distances remotely, and students wanted a system that would allow them to share large files at long distances without any limitations. It’s also interesting to note here that the modern internet was available at that time under the banner of ARPANET, but it was only available to selected institutions and individuals, which is why there was a dire need for a system that would allow students to share files easily.

Once Usenet was created, it was made available to students at both universities, and soon it also became very popular. After the success of Usenet, it was also made accessible for the general public because many people wanted to use this platform to share messages and connect with their friends and colleagues at long distances. The developers of the Usenet also created A News, which was the first Usenet Package, and it allowed users to connect with Usenet.

Once Usenet was available to the general public, it became very popular, and thousands of people were accessing it every day, which uncovered some major problems with A News. To address the problems of A News, the two gentlemen, Mark Horton and Matt Glickman developed B News which was developed to overcome the limitations and problems of A News. The developers of B News also took advantage of their institute’s (Cal-Berkeley) DARPA Connection, and they will be to create a link between Usenet and ARPANET  (Modern internet).

Once B News was publicly available, it soon became very popular because it was better and more efficient than A News. 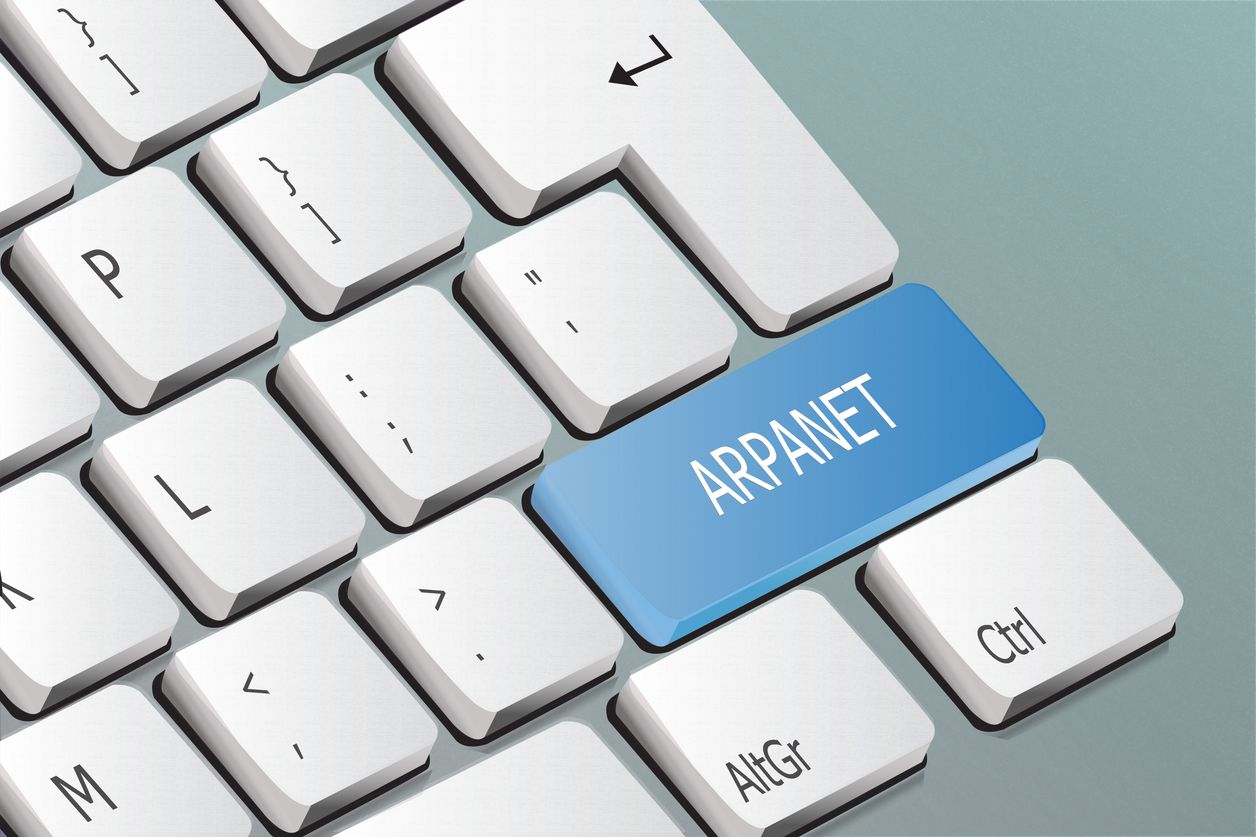 As years passed, Usenet became very popular , and many new servers and users were added to the platform, which led to great chaos. As Usenet wasn’t a centralized platform, server admins were making decisions on their own, and there were a lot of issues regarding propagation, new newsgroups, and more.

So, there was a need for a central organization that would provide guidance and has the support of the majority of the community. In this regard, Mark Horton kept the contact information of all major Usenet servers and their administrators. Gene Spafford used this information to contact administrators of major Usenet servers and forged an alliance, “The Backbone Cabal,” to address the major issues.

The Backbone Cabal was an effective alliance, and it led the major initiatives such as The Great Renaming and others. The Alliance was effective until 1993, when the founder of the Alliance, Gene Spafford, ceased his Usenet management duties. 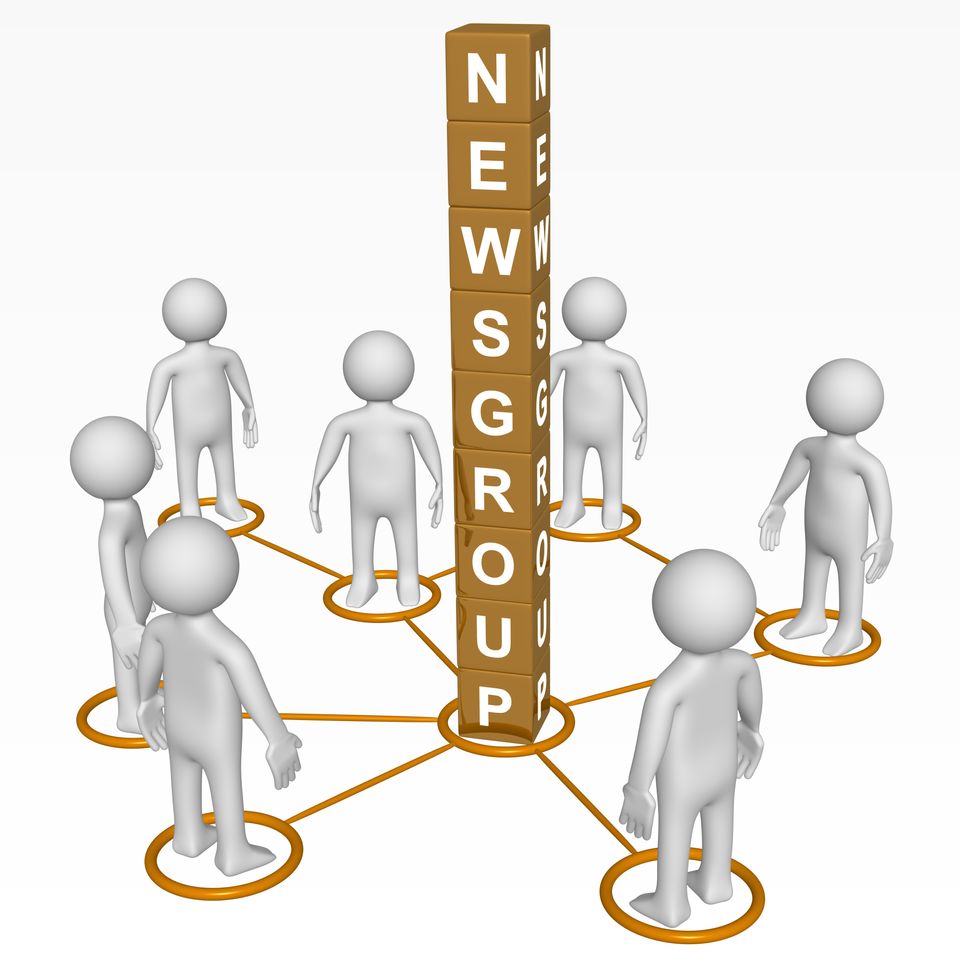 When Usenet was created, the founders used the UUCP protocol, which was basically based on telephone lines, and it was not very efficient. In the mid-80s, popular technologies such as always-on internet, ethernet local area networks, and TCP/ICP protocol was becoming more popular. So, Phil Lapsley, Brian Kantor, and Erik Fair used these advanced technologies and created NNTP Protocol which made the Usenet more efficient than ever.

One of the biggest advantages of NNTP  +20was that it allowed the developers to create newsreaders clients, which allow users to install them on their computer and access the articles they want to access. Another benefit of NNTP was that it reduced the operating costs of the network to a great extent. 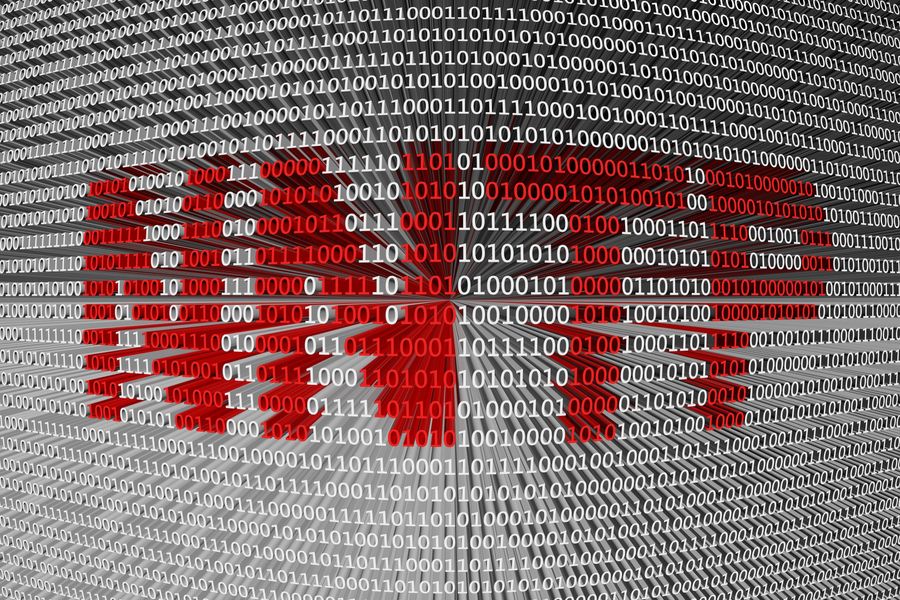 Over the years, Usenet became a very popular platform, and it was handling great traffic, which was causing huge issues for site operatories. In 1987, Rick Adams created UUNET, which was a non-profit ISP service with the primary goal of providing Usenet access, email exchange, and handling a large repository of UNIX and its documentation.

Adam used the loan from USENIX to create UUNET, and he was able to pay back the complete loan within a couple of years because UUNET was proved very successful. It’s also important to note here that UUNET was one of the first commercial ISP services in the early 90s.

1987 was a major year for Usenet because it was the year of The Great Renaming. After the success of UUNET and B News, Rick Adams became a very influential figure among the Usenet community, which is why when he proposed the idea of standardizing newsgroup naming and expansion of hierarchies, the community followed.

In 1987, the Backbone Cabal proposed the reorganization of Usenet, and they proposed that new hierarchies should be added. Prior to the great renaming, there were only three hierarchies (net. *, mod. *, and fa. *) available.

Once The Great Cabal proposed the idea, it led to great discussion, and many major players of the community were against the idea because they believed it would limit them. However, after a thorough discussion, the majority of the community agreed, and it led to the creation of new hierarchies. As a result of the great renaming, the following hierarchies were created

The Great Renaming led to the creation of new hierarchies, but still, many major players in the community were not happy with it. So, they decided to create a new Alt. Hierarchy which was well received because it wasn’t under the influence of the Great Cabal, and it soon became one of the most popular Usenet hierarchies. 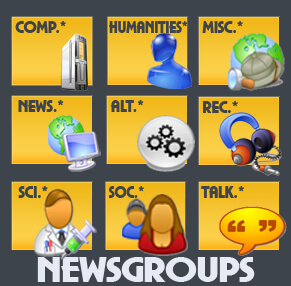 1987 was also a year of C News which was basically developed to replace B News. B News was a great program, but it had some bugs which led to the development of a new program. C News development was started in 1987, and it stayed under development until the mid-90s.

The problem with B News and C News was that they were not very efficient, and there was a need for a new program. In 1991, Rick Salz developed a new program, InterNetNews or INN, which superseded the B News and C News. The INN is still the most popular and used news server program, and it’s maintained by Internet Systems Consortium. 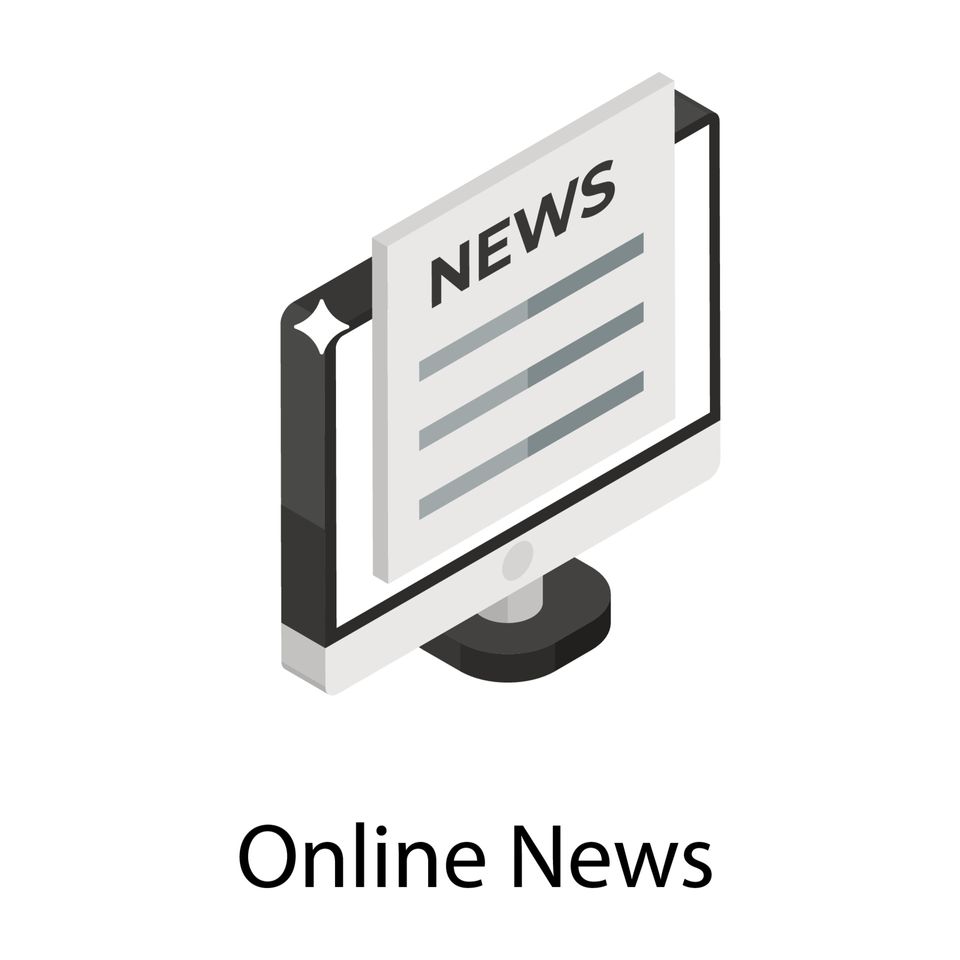 As Usenet was a popular platform and it was visited by thousands of users every day, there was a need for a system to remove spam content on the platform. In 1996, Usenet Death Penalty (UDP) system was introduced to handle Spam on the platform. 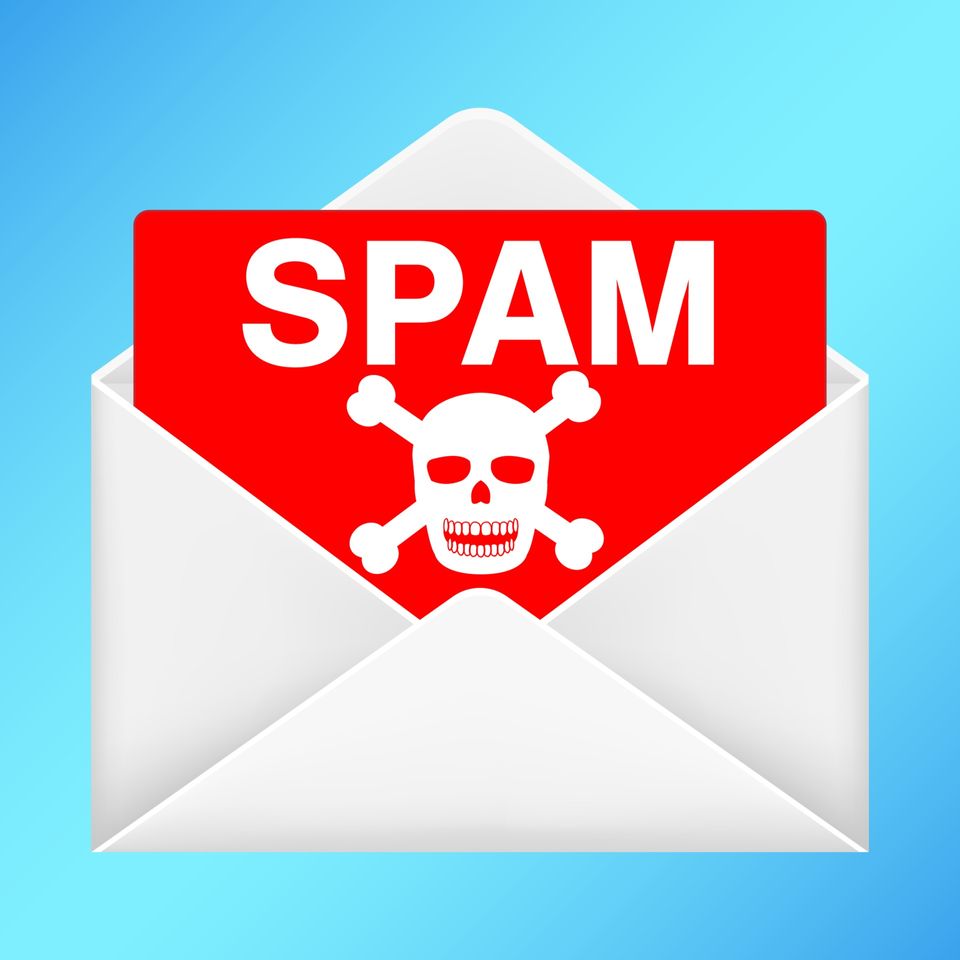 Thunderbird – 2004
In 2004, the Mozilla foundation launched Thunderbird, which allowed Usenet users  to use the software as Newsreader.

In this guide, we shared the detailed history of Usenet and major developments in different years. If you liked it, please share it with your community. Also, if you are interested in getting Usenet access, please check our Usenet Reviews section, where we have shared reviews of all major Usenet Service Providers.